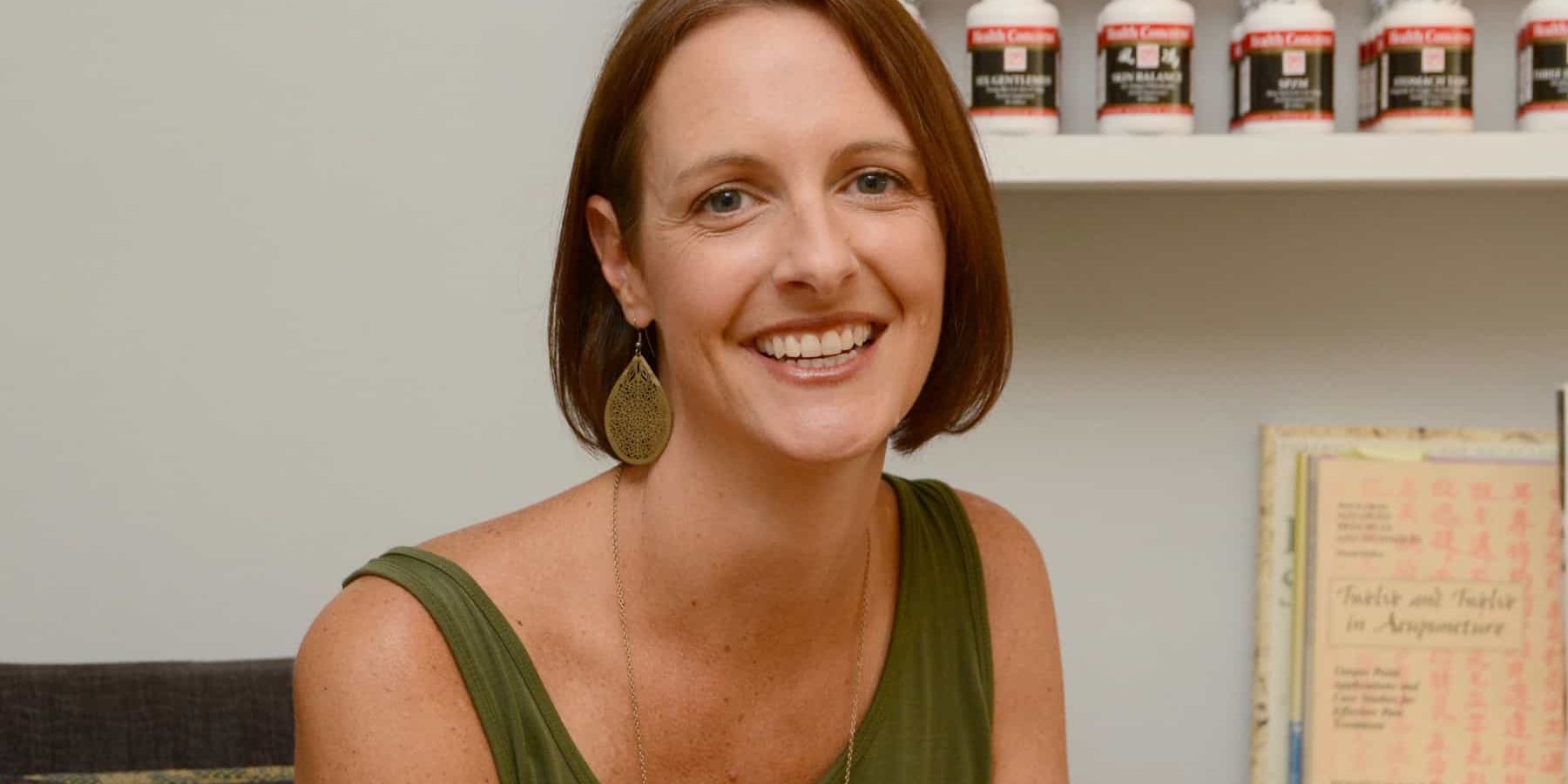 Fourteen years ago, my understanding of nutrition was heavily influenced by marketing strategies trendy at the time. If you had asked me what I was craving when I was pregnant with my son, my answer would have been McD’s (#2 on the menu) and Ben and Jerry’s ice cream. In order to be healthier at McDonald’s, I would have chosen blue Powerade. I figured if my body was craving something, then I should give it what it wanted.

There’s A Fungus Among Us

It was when my son was one and a half that I started noticing I wasn’t feeling great. I was moody, tired, and sore but I thought this was typical for a new mom. I also noticed I had tinea versicolor which is a benign fungal overgrowth on the skin. It looked almost like I had a sunburn and peeled with patches of skin that were lighter than others. I was told that it can happen from living in hot areas and/or sweating. I was given an ointment to treat it.

At the time, I was a massage therapist and I had a client that was trying to treat candidiasis, also a fungal over-growth of another type of yeast normally found in the body. Ladies, if you have ever battled a yeast infection, it is Candida albicans that is the culprit. Her candida was systemic though. I started wondering if that might be what I was dealing with but dismissed the idea as paranoia.

Healthy Is Not Just What Is On the Outside

Fast forward 6 years to the pregnancy of my daughter. I remember being at an appointment with an infectious disease doctor for my son and asking if he knew anything about candidiasis. He said he was aware of it but only cancer and AIDS patients suffer from it because of their compromised immune system; there was no way a “healthy” person like me would have it. He, apparently, could tell by looking at me that I was healthy.

After my daughter was born, we had a rough go. She slept terribly, she and I battled thrush (also caused by Candida albicans) and she had ear infection after ear infection that was treated with antibiotics until she developed an allergy to amoxicillin. The pediatrician wanted to put tubes in her ears. Pause. I should back up a touch. Before I moved to Indianapolis, I worked with a chiropractor in Chicago. Frequently, she would adjust children with ear infections and recommend taking them off dairy. Usually, that would resolve their ear infections. *Also, I don’t want you to think I am judgy around tubes, I am all for doing what works best for you and your child! Unpause. I had not yet found a pediatric chiropractor in Indianapolis but I became determined. After finding a highly recommended pediatric chiropractor, Dr. Nancy Elwartowski, I took Sophie to get adjusted. After just two adjustments and taking her off dairy, she didn’t have another ear infection.

I was in denial about my own health though. Again, I chalked up the fatigued and mood swings to being a mom of two. Secretly, I knew if I had candida I would have to go on a very strict eating protocol that I wasn’t able to commit to. I mean no sugar, no wine, no fruit, no gluten (what even is that)?? No thanks!! I took medication to treat the symptoms; I sooooooo wanted those pills and ointments to work.

For years, I managed my illness instead of getting the root cause of my problem. It wasn’t until my daughter was 3 that things had gotten so bad, I was sure I couldn’t continue living this way. At this point, I had chronic insomnia, anxiety, brain fog and memory issues. I literally felt like I was going crazy. My husband had finished residency, was a practicing physician and felt helpless because traditional meds weren’t fixing the problem.

I finally decided to pull on my big girl panties and try the WholeApproach® Candida Diet. I was so worried about being the “difficult” friend or family member that had to custom order everything. But, I was helpless, willing to try anything and deal with anyone’s judgment. People – Within 1 month, I started feeling better!! Like A LOT better. I was sleeping better, my memory improved, the constant tightness in my neck and shoulders was gone and I woke up feeling rested and full of energy. Whaa?? It was amazing. I learned that my body felt better when I didn’t eat wheat. Each time I added wheat back in, I would get moody, bloated and my left hip would seize up. (Later, I learned that I have a true wheat allergy)

The Ripple Effect- Sharing the Power of Nutrition

During the process, I discovered that many restaurants servers looked at it as a fun challenge to find me something on the menu and many of my friends were curious about what I was doing. They started questioning if maybe they needed to tweak some of their own eating habits. In health coaching, we call this the “Ripple Effect”. People were starting to see the power that nutrition had on my heal and they wanted a piece of the action!

After going through this, I started wondering how many other people were suffering from symptoms like mine because of the foods they were eating or an undiagnosed imbalance in their system? I decided to shift careers and become a health coach so I could help individuals uncover what foods most supported their bodies. I believe that one person’s nourishment can be another person’s poison. After my husband witnessed the power of nutrition with both my daughter and myself, he started seeking a new approach to healthcare, ultimately, finding functional medicine.

We are a functional MD practice determined to get to the root cause of disease while encouraging you to create life long, positive, lifestyle changes.

Thank you @gosocialwithariel for sharing this beautiful reminder of healthy positivity. ✨❤️✨ ...

This year has been quite a doozy for many of us, especially our teachers! On June 30th, along with @amsrun7, we will be presenting a breakout session called “Redefining Self-Care: Cultivating Calm In and Out of the Classroom”. Anyone can attend!

Self-Care sometimes can feel like a loaded word. It can feel like one more thing we need to add to our to do list and then feel guilty about when we don’t accomplish it.

Together, Amy and I will explore why self-care is so important, we will debunk myths around self-care, and we will present easy techniques to press reset when we are feeling frazzled.

We realize self-care does not resolve why we are stressed but it can help build resilience so we are ready to take on whatever challenges come our way! 💪🏻

This COVID journey has been an interesting one. Now that we have vaccines, many people feel safer because they have that option. For whatever reason now my fears are kicking in. Maybe it’s because I’ve lost two family members recently from side effects to pharmaceuticals or maybe it’s because I myself nearly died from anesthesia. Getting the vaccine does not make me feel safe right now.

I ask from those of you that feel safe with the vaccine please be patient with me. I have had people tell me that “smart adults” are getting the vaccination. Or people who decide not to get the vaccination are pretty much willing others to die. I deeply understand that because I am making my choice, I need to continue wearing a mask and practice social distancing. Honestly, I think we all should still wear masks etc until we have more information about the variants etc.

As people began to settle in, we all came up with ways and theories and practices to make us feel safer. Some of them were rooted in science, some not so much. I did the best I could with social diatancing, mask wearing etc. I think when you have a family member that is on the front lines, our rules were different than people who were not being exposed. I couldn’t not allow my husband into the house. Friends of mine that had spouses in the same situation felt safe podding together. That probably didn’t make much sense to others but I became very comfortable with motto “Do you”.

I also deeply believe that what feels right to one person may not necessarily work for another. I wonder if we can ever let go of the idea if I’m right and you have a different idea then you must be wrong. Could two opposing ideas both be right?

Thank you for your compassion and grace✨ ...